Within the framework of the JardinAlp project related to the 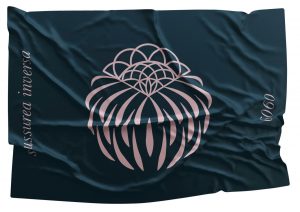 The Saussurea Foundation, which manages the Garden of the same name, participates in the JardinAlp project of the European Territorial Cooperation Program Interreg VA Italy France (ALCOTRA) 2014-2020. In collaboration with 7 other alpine gardens in the Aosta Valley, Piedmont and France, with the aim of developing scientific and cultural tourism linked to botanical gardens and to plant biodiversity education.

As part of the JardinAlp project, structural improvements are being planned for the gardens and communication and animation activities aimed at disseminating the scientific culture linked to nature and above all to plant biological diversity. The “PRIMATI” work of the artist Laura Pugno was born, achieved by a research directed towards the flora and the alpine botanical garden Saussurea with the aim of leading the viewer / visitor to reflect on the relationship that exists between man and nature. The work represents a first step of the Saussurea Garden to connect nature with the world of art.

The desire for conquest is a natural need of human beings, who lead themselves to reach the highest peaks in the world and Mont Blanc is no exception.

A symbol that characterizes the conquests of man and that often recurs in photographs that travel through history is undeniably the flag. Symbolic object that unifies a nation, a social movement, a thought.

If the “conquests” are sought in the plant world, it turns out that the mountain holds some records.

In 2016, vascular plants were seen for the first time at altitudes before then, unimaginable: over 6000 m (6060 m is the maximum height so far recorded).

The flag will bring the viewer to look up, towards the height that has been and still is a place of desire, because far away from us, recalling curiosity and admiration. However, the flags also remind us that the height record reached by vascular plants is an alarm.

The ever-increasing height is an indication of how the earth’s equilibrium has been modified by human activity. The lack of ice that would have prevented plants from surviving at these heights is one of the many effects of global warming, of which much is spoken of, but for which there does not seem to be a change on the horizon.

The work aims to bring the viewer to reflect on the value we give to the top as a symbolic and concrete place to which we can look, but also on the concept of conquest and its side effects.

Every time you achieve a goal, there is always a loss and it is necessary that us humans realize this, at a macroeconomic level, but also in the small daily choices of each one of us.

download here the installation brochure with the text by Francesca Comisso – a.titolopieghevole_Jardinalp 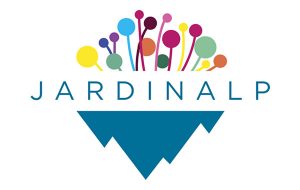 Your ticket for the: “PRIMATI” artistic installation inauguration